GenCap Advisory provides its clients with a complete outsourcing of all the activities related to direct Private Equity investments.

GenCap Advisory advises on and invests on behalf of its clients patient medium and long-term capital to finance growth plans of Italian companies.

GenCap Advisory is characterized by rigorous business ethics towards its investors and business stakeholders.

We serve as the outsourced and independent private equity for Familiy Offices and High Net Worth individuals with a complete alignment of interests with our clients:

Our advisory services are addressed to Family Offices and High Net Worth Individuals willing to accept the risk / reward ratio of Private Equity investments without sustaining the costs of an internal dedicated Private Equity office.

On behalf of its clients, GenCap Advisory manages in full the outsources of all activities of a private equity management team.

GenCap Advisory commits to full transparency to its investors through periodic portfolio companies' reports, regular updates on its activities and expenditures.

GenCap Advisory provides entrepreneurs and managers with private and patient capital to finance the growth of their companies or solve generational succession problems.

Capital is sourced from highly regarded private investors with a long-term horizon that exceeds the average life of a typical Private Equity fund investment.

The portfolio companies of GenCap Advisory can leverage on a wide network of entrepreneurs, managers, investment banks, business consultants and legal advisors.

GenCap Advisory follows an opportunistic approach, without industry focus, and invests in companies to support realistic growth plans, with a focus on their brands, products, technologies and market niches.

GenCap Advisory adopts a flexible approach in structuring its investments: we invest in buy-outs, minority deals, club deals and co-investments.

Every investment of GenCap Advisory is structured with significant corporate governance and exit strategy rules to give its investors sufficient comfort of investment control and protection. 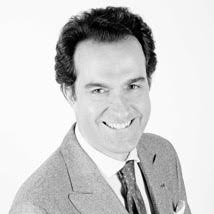 Before founding GenCap Advisory, Michelangelo has been working for more than nine years at Vestar Capital Partners, a leading US Private Equity fund focused on investments in mid-cap companies.

Prior to Vestar, Michelangelo was an investment banker at Merrill Lynch where worked in their New York, London and Milan offices.

Michelangelo also had industrial experiences having been a financial controller at the holding level of Edison and ABB Italia.

He currently holds non executive board membership position and is member of the Remuneration Committee at Industrie De Nora S.p.A.. He is board member of HWG Srl, First Advisory Srl e Sacop Srl.
In the past, Michelangelo has been board member at Farmol S.p.A.

Sale of the capital of First Advisory

First Advisory is an independent insurance broker focused on Private Life Insurance on behalf of its institutional clients. First Advisory selects on the international markets the best insurance policies solutions in an open architecture environment to meet the needs of high net worth individuals and financial holdings. Established in 2011, First Advisory has became the leading player in the Italian market thanks to the consolidated experience of its management team and their value added solutions. With more than €12 billion in traded assets, First advisory is the reference partner for private banks, family offices, asset managers and independent consultants.

Sacop designs, manufactures and sells fire protection systems for public spaces open to the public. The Company has been operating on the market since 1970 and is based in the province of Cuneo (Piedmont). Sacop is nationally recognized for its solutions in the smoke-proof filters pressurization systems, protection of the mechanical linkages and upgrading of anti-fire compartments.

HWG is a cyber security company focused on high value-added services in the Advance Detection & Response of cyber attacks aimed at companies and organizations. The Company operates on high-profile business techniques relating to network and data center solutions, security, operational management, warranty and quality control. HWG provides IT security services h24*7*365 in Italy and in over 20 countries worldwide, working closely with producers and suppliers of ICT technologies and business divisions of the main national telecommunications operators.